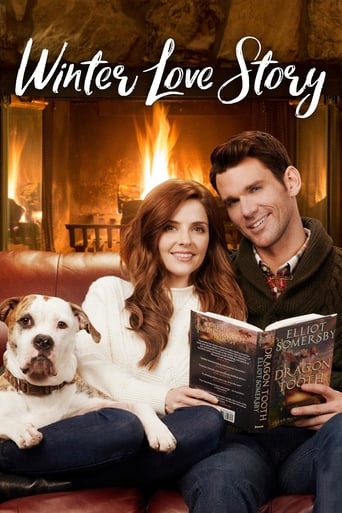 When new author Cassie is paired with successful author Elliot on a promotional book tour, she learns to believe in her talent. She also finds truth in the old adage “you can’t judge a book by its cover” as she falls for the guy she once thought to be pompous and full of himself.

Cassie Winslett, who works as a barista in her best friend and roommate Becca's coffee shop in Princeton, New Jersey, has just had her first book published, a comical year-long account of how she dealt with a painful breakup. While she wants the book to be a success, she shies away from publicity; she's uncomfortable in front of crowds. Also, she doesn't want anyone to know, not even her publicist Piper that she is the daughter of famed novelist Jeannine Jordan; she wants the book to succeed or fail on its own merits. When Cassie's first book signing yields little press or public enthusiasm, her publishing company, MacDonner Press, decides to pair her with one of their established successful authors, Elliot Somersby, for a 4-city college-town book tour: New York City, Boston, Albany, and Buffalo, as MacDonner has just released the second in Elliot's fantasy dragon series trilogy. Although she can see that Elliot has a natural way about him in front of a crowd, she thinks Elliot is a pampered divo with whom she'd have nothing in common. Their tour, which they do by car so Elliot can bring his dog Bungee, goes better than Cassie expected: Elliot is more than helpful with her appearances and dealing with the public, he's not such a divo, and he appreciates good writing irrespective of the genre. She starts to fall for him and wonders if it's mutual. Then she learns that his main reason for bringing Bungee was to let her visit with the person who gave her to Elliot as a present: his ex-wife Allison in Buffalo, who broke up with him the previous year with the release of the first book. 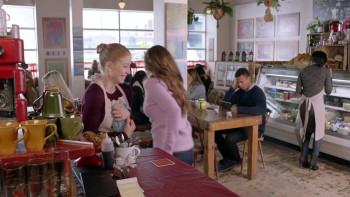 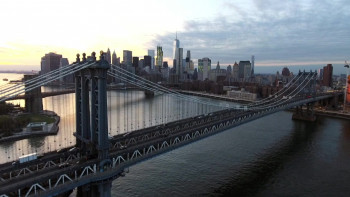 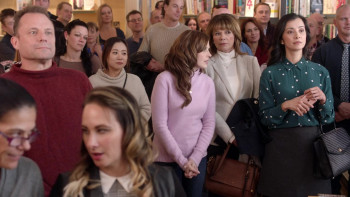 Cassie is a new writer and in order to promote her book her editor proposes she goes on a book tour with their most famous writer, Elliot. Road trip time! During the ride, they read each others books and become close. (Don't they always?)I really liked this concept. If there is a book I will probably love it. Jen Lilley's character, as most of the them, is an amiable person. Kevin McGarry is becoming one of my favorite and I thought their chemistry was good. They actually made me laugh at the end. Speaking of the ending... I didn't think the last three minutes were bad, they did the best they could with the HORRIBLE AND DRAMATIC pre-ending (my word for it) problem. Which I hated. We had had worst endings, that were extremely rushed (proposals), but the last scene was even adorable.To sum up, it was a cute movie. So was the dog.

A exceptional Hallmark film.Funny (much funnier than most of these type of films) and heart-felt this was well performed and written.Right up there with my favourite Hallmark films.

So cute! I wish the inns and cabins they stayed at were real places to visit - they look so cozy! I actually really liked the ending! Also, it was funny to see what was supposed to be Princeton, New York, Boston, Albany and Buffalo! (all places I've either lived or have close family who live there) I look forward to seeing both Jen Lilley and Kevin McGarry in more Hallmark movies!