Movieskeyboard_arrow_rightx264
Warning! Use a VPN When Downloading Torrents!
Your IP Address is . Location
Your Internet Provider can see when you download torrents! Hide your IP Address with a VPN
⚠ibit warns: You must use Trust.Zone VPN to hide your torrenting. It's FREE HIDE ME NOW 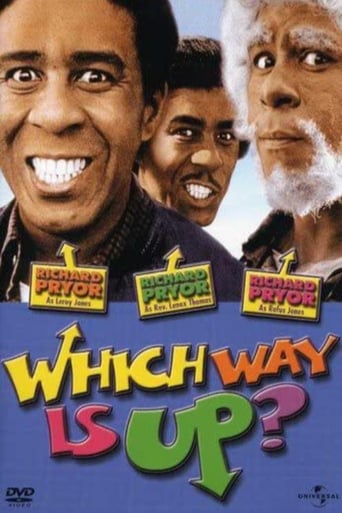 Richard Pryor plays three roles - a beleaguered, sex-starved farm worker named Leroy Jones; the farm worker's randy old father Rufus; and the hypocritical town preacher Rev. Lenox Thomas - and Pryor has never been so outrageously funny. The lives and love lives of these three men cross and crisscross as Leroy tries to get his life back on track.

Richard Pryor is playing three different roles here. The first being a poor orange picker named Leroy Jones who gets laid off when by mistake he joins theworker's union during one of their demonstrations. Afterwards he is forced to leave his wife and family behind which also includes Leroy's father (also playedby Pryor) to go to Los Angeles. Leroy ends up working for the same company that fired him back home. He is a manager at the company but he is now distant fromhis former pals. He meets and falls in love with Vanetta who is a labor organizer which leaves him splitting time between his wife Annie Mae and Vanetta. WhenLeroy finds out that the Reverend Lenox Thomas (also played by Pryor) has got his wife pregnant while he was absent| he then make the moves on the reverend'swife.