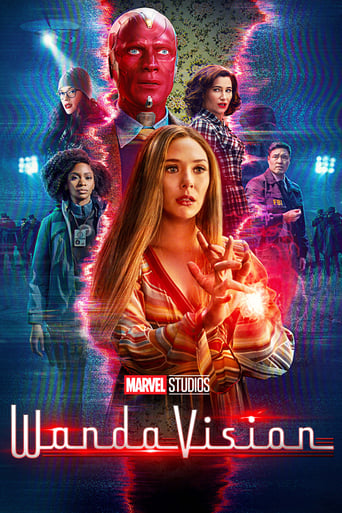 Wanda addresses Vision's worries when he grows suspicious of the neighbors' strange behavior. 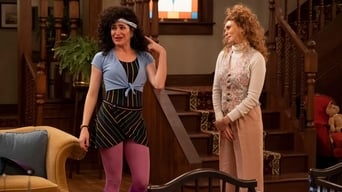 Blends the style of classic sitcoms with the MCU in which Wanda Maximoff and Vision -two super-powered beings living their ideal suburban lives-begin to suspectthat everything is not as it seems. If you enjoy reading my Spoiler-Free reviews, please follow my blog @ https://www.msbreviews.com (Based on the season’s first three episodes handed to press) Marvel delivered an unprecedentedly successful superhero universe that culminated in the record-breaking Avengers: Endgame (Spider-Man: Far from Home is actually the last movie of the Infinity Saga, but let’s ignore that). With the first overarching story ending after twenty-three films, the MCU now begins a new Era. Basically, Phase Four is truly another Phase One, where viewers will meet new heroes to root for. However, there are dozens of Avengers still in the game, including the astonishingly powerful Wanda. Television will play a massive role in the upcoming saga, with miniseries starring key superheroes having a significant impact in the movies. Obviously, this raises the question: do viewers need to watch the TV shows in order to understand and follow the films? I believe so. Some series might not have as much impact as others, but WandaVision will undoubtedly affect Wanda’s path in the MCU. From being one of the most powerful Avengers to the possibility of Wanda being the next big villain, this character has limitless potential. In addition to this, Elizabeth Olsen is arguably one of the best actresses in the franchise, and honestly, of her entire generation. Therefore, even though I always try to keep my expectations as moderate as possible, I couldn’t help but feel extremely hyped for WandaVision. The series is as weird and mysterious as I expected it to be. In the first three episodes, the viewer is placed inside a black-and-white sitcom, where it becomes super clear that everything that’s happening is occurring inside Wanda’s own mind or something similar that she’s definitely responsible for. Having in mind what happened to Vision in his last movie, it seems that this series will heavily deal with sensitive matters, such as grief, depression, and unhealthy escapism. However, these first episodes are pretty much set in following the comedy route. Boasting tons of references to the respective period of classic television, WandaVision is much more hilarious than I ever anticipated it to be. Several seemingly easy yet efficient jokes about Wanda and Vision’s powers and their nature are the ones that bring out the most generous laughter (impeccable writing from Jac Schaeffer). In this regard, I have to praise Kathryn Hahn (Agnes), whose performance as the “nosy neighbor” is wonderfully funny. Teyonah Parris doesn’t really interpret her real character yet (Monica Rambeau), but her display is rather interesting. The rest of the cast is pretty good, but it all comes down to Elizabeth Olsen and Paul Bettany, who are beautifully charming and amusing together. Their chemistry is even more palpable now that they’re the protagonists of their own story. It’s a strange feeling watching Bettany portray Vision again, but his terrific performance comes to demonstrate that the viewer’s connection with the character is as humanly compelling as any other. However, Olsen is the real star of the show. I admit that I might be a bit biased since she is one of my favorite actresses working today, but Olsen proves why she’s worthy of bigger roles in Hollywood outside of the MCU. An unbelievable emotional range, excellent comedic timing, exquisite expressiveness, and an impressive capability of drastically and quickly changing styles. An Emmy nomination wouldn’t be surprising. The main storyline revolves around Wanda’s apparently ideal life with Vision. How? That is the intriguing mystery, which exponentially receives more clues after each episode. A certain symbol points to an organization that will undoubtedly make Marvel fans scream with excitement, right from the very first episode (if you look closely, you’ll find it). This is the first MCU content since July 2019, so the stakes are inevitably high as Matt Shakman must fulfill the mission of bringing back the enthusiasm for the respective universe. Shakman and Schaeffer employ weirdness and unconventional storytelling that transform the series into an extremely captivating story, even though the main answer for what’s happening seems quite clear. Technically, Christophe Beck’s score is the standout. From the timely sound effects of classic television to specific songs that play during certain moments, Beck delivers a score that elevates the overall show. The opening credits are unique and always different, referencing various Eras of television (shoutout to Robert Lopez and Kristen Anderson-Lopez for composing the theme music). As for the rest, terrific editing from Tim Roche, Nona Khodai, and Zene Baker. The visual effects look seamless even in black-and-white, and Jess Hall’s cinematography cleverly resembles sitcoms attributes. Outstanding production design (Mark Worthington) as well. All in all, after only three episodes, WandaVision proves to be as weird, mysterious, and exceptionally captivating as it intends to be. Matt Shakman and Jac Schaeffer deliver a surprisingly hilarious show with just the right amount of hints to what’s truly happening. Even though the global answer seems rather predictable, creative storytelling builds an atmosphere of uncertainty and puzzling doubts that will leave viewers craving for the next episode. From the gorgeous black-and-white to Christophe Beck’s brilliant score, Wanda and Vision’s apparently ideal life is surrounded by technical attributes that pay homage to the Era of classic television. Paul Bettany, Teyonah Parris, and Kathryn Hahn are all fantastic, but Elizabeth Olsen is the indisputable star, showing her undeniable acting talent that might very well earn her an Emmy nod. As the first MCU content in more than a year, WandaVision conquered my full attention for the remaining episodes, which surely hold impactful revelations. It’s still unclear the real influence it will have in the films’ realm, but I can only assume it’s significant. Do not miss it! (Season’s rating only after its finale)

Thank you for tonight's entertainment.