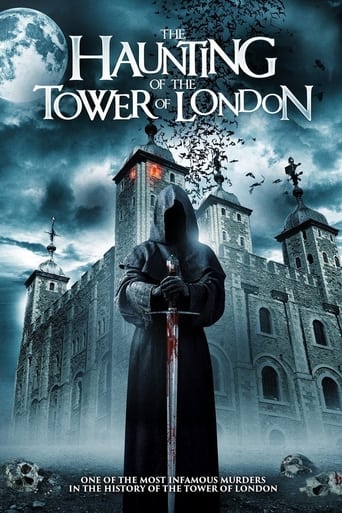 The Two Princes, imprisoned and allegedly murdered in the Bloody Tower within the Tower Of London by Richard III. The story tells how they allegedly came back to haunt the Tower and with guards and inmates starting to die in horrible circumstances, it becomes clear the Two Princes are out for revenge. A chilling ghost story based on the famous mystery.

When the remains of two murdered Princes are discovered at the Tower of London, a troubled Priest must put his beliefs aside to befriend a mysterious prisoner,who has supernatural powers to communicate with the dead. Together they must solve the mystery of who murdered the Princes, as prisoners in the castle dungeonmeet their bloody fates at the hands of the Princes' ghosts, who continue to haunt the Castle seeking their revenge. Downloading Seeding The.Haunting.of.the.Tower.of.London.2022.1080p.WEBRip.x265-RARBG from to 0 peers.
of
↘0 b/s / ↗0 b/s
Read our blog post about Streaming Torrents From Your Browser