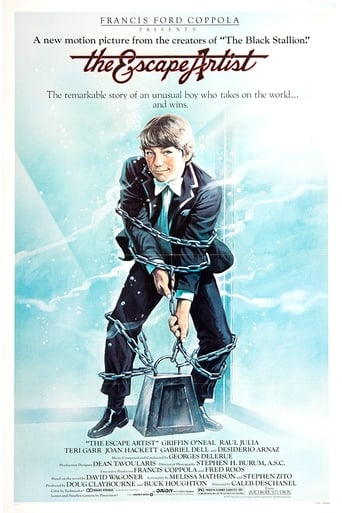 The young and self-confident Danny blufs at the local police-station that he will escape out of prison within one hour. What follows is a flashback about his childhood with his uncle and aunt, which are 'vaudeville'-artists themselves.

Teenager Danny Masters| the son of the late Harry Masters| considered the second best escape artist in history| wants to follow in his father's footsteps| healready a skilled but untested magician. As far as Danny knows| his father died in a dangerous escape routine. Escaping from under his grandmother's roof|Danny| in a step to achieve his goal as they have all his father's old professional paraphernalia| reunites with his Aunt Sibyl and Uncle Burke in the town ofHarding where they have a mind-reading act| she who actually can read minds but which only impinges on the smoke and mirrors they've developed with the actitself. In his wanderings around Harding| Danny gets involved with corrupt Stu Quiñones| and indirectly with Stu's equally corrupt father| the town's mayor|Leon Quiñones. This father/son pair no longer associate with each other as although Stu aspires to be as corrupt as his father| Stu's activities are a littletoo brazen and public for a politician with which to ... Downloading Seeding The.Escape.Artist.1982.1080p.WEBRip.x264-RARBG from to 0 peers.
of
↘0 b/s / ↗0 b/s
Read our blog post about Streaming Torrents From Your Browser