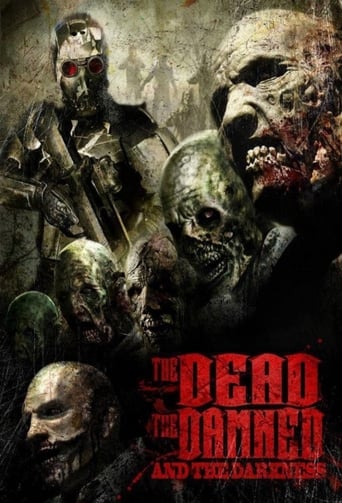 In a savage land where zombies roam freely - Lieutenant Colonel Sawyer is armed with machine guns, body armor and courage. He is on a mission to give his family a burial at sea. To reach the coast, he must enter a quarantined infected zone and fight through hordes of bloodthirsty zombies. There he encounters a group of survivors including a young woman who is a target of both the male survivors and the ravenous zombies. To protect the last non-infected humans and complete his mission, Colonel Sawyer must face the Dead, the Damned and the Darkness.

To reach the sea, a soldier has to fight his way through zombie hordes as well attempt to help other survivors along the way. Downloading Seeding The.Dead.The.Damned.And.The.Darkness.2014.1080p.BluRay.x265-RARBG from to 0 peers.
of
↘0 b/s / ↗0 b/s
Read our blog post about Streaming Torrents From Your Browser