TVkeyboard_arrow_rightSD/X264/H264
Warning! Use a VPN When Downloading Torrents!
Your IP Address is . Location
Your Internet Provider can see when you download torrents! Hide your IP Address with a VPN
⚠ibit warns: You must use Trust.Zone VPN to hide your torrenting. It's FREE HIDE ME NOW 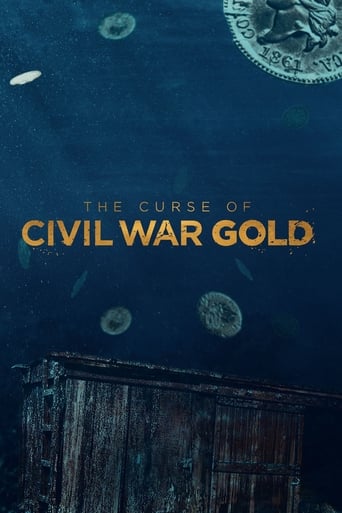 The Curse of Civil War Gold: The Plot Thickens(2019)

A theory suggests the theft of Confederate gold funded one of the most nefarious crimes in history.

SERIES INFO
Genre: Documentary Reality Travel
Stars: -
Series Plot: Treasure hunters Rick and Marty Lagina, the stars of History's "The Curse of Oak Island," learn of a new mystery that may even rival Oak Island's. Michigan native Kevin Dykstra is obsessed with a deathbed confession made by a lighthouse keeper in the 1890s about a national treasure dating back to the Civil War. The story goes that Union soldiers tracked down Confederate president Jefferson Davis in 1865 and confiscated his gold. The stolen loot was smuggled north some years later but ended up in Lake Michigan, where Dykstra believes it still remains. His quest to prove it ultimately takes him and his team to the bottom of Lake Michigan.

EPISODE INFO
Title: The Plot Thickens
Airdate: 2019-06-11
Episode plot: A new theory suggests the theft of 140 million dollars in Confederate gold funded one of the most nefarious crimes in the history of the United States.

Downloading Seeding The.Curse.of.Civil.War.Gold.S02E07.WEB.h264-TBS[TGx] from to 0 peers.
of
↘0 b/s / ↗0 b/s
Read our blog post about Streaming Torrents From Your Browser