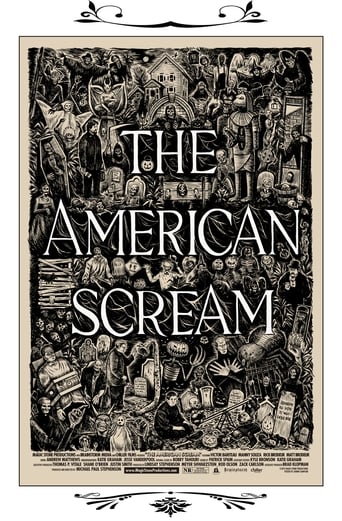 An original documentary which follows three families in a small seaside town in Massachusetts as they prepare for their annual home made haunted houses. This story highlights their long journey from planning to opening day and cleanup until next year and the obstacles which face them during the process.

An original documentary which follows three families in a small seaside town in Massachusetts as they prepare for their annual home made haunted houses. This story highlights their long journey from planning to opening day and cleanup until next year and the obstacles which face them during the process. 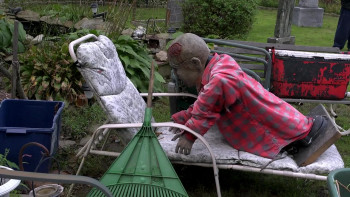 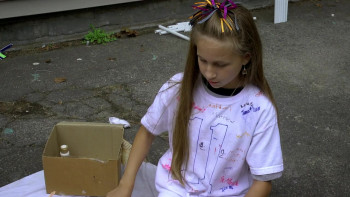 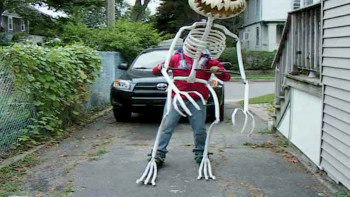 The American Scream examines four different people from the state of Maine as they each prepare for Halloween by constructing their own homes into haunted houses for the neighborhood to visit. One would perhaps call these men amateurs, although I'm not sure how to differentiate a professionally built haunted house from an amateur one. From what I can see, the props and the methods used by the men and from some of the haunted houses I've experiences there wasn't much difference.I personally can't stand haunted houses. I love horror films, but am not fond of being confined to a small, murky, crowded, foggy area for long periods of time. I can, however, appreciate the craft these enthusiasts put into these projects. Victor Bariteau works at a financial company, repairing servers and desperately trying to keep his head afloat in the corporate filed to support his wife and two girls. Every year, he constructs a haunted house from parts he makes or finds in hopes to leave a mark on the neighborhood. Father and son team Rick and Matt Brodeur get much of their haunted house equipment from their overcrowded basement, which to one person looks like a junk-heap, but to another, horror-heaven with various marks, lights, statues, figurines, costumes, signs, and memorabilia. The final person is Manny Souza, a frequent helper on sculptures and props for Victor. Souza constructs his own houses as well, saying that he often favors quantity of sculptures and props over detail, unlike Victor who wants details to be painstakingly fleshed out. He believes that people come to simply walk through, be scared, and move on; not eye details in complete awe.We too examine the relationship the men hold with their family. Victor shows how his oldest daughter, around ten, loves horror and monster seasons so much so that she will mutilate and discolors the bodies of her Barbie dolls to almost resemble something out of Saw or Wolf Creek. Rick and Matt appear to have an incorruptible brotherly bond, even attending different organizations dressed as clowns with inspiration from duos like Laurel and Hardy under their belt.One thing we also notices is the level of stress and angst these men and their families are put under during the month of October. We wonder, especially in Victor's case, if his family members even appreciate the fact he does this since his wife often seems miserable around Halloween, slaving over costumes and makeup, never appearing to rise above the level of content to her husband's passion. We see these men work incredibly hard at building these houses and concocting intricate little scares for just one night and we sense an overwhelming dedication and pride on their part.Director Michael Paul Stephen son, most recently famous for Best Worst Movie, a documentary examining Troll 2, another film he worked on, and how its reputation of being the worst film of all time has affected it positively and negatively, gives great care and attention to this subject, emphasizing its ups, yet not ignoring its down as as a whole. He too seems to compliment the privilege of meeting these men four men and studying their passion. These men deserve recognition; it appears that they are not taking money from this haunted house operation, since no talk of financial figures is ever brought up. It seems to sum up Victor's goal and reward at the end by saying, "when you're scared, you're most alive; people need that." Starring: Victor Bariteau, Rick Brodeur, Matt Brodeur, and Manny Gouza. Directed by: Michael Paul Stephenson.

This documentary follows three families in Massachusetts as they prepare for incredibly elaborate lawn displays for Halloween. There is no narration--just shots of the various folks working and talking to the camera about their obsession to perfect their haunted houses and lawn displays. Much of it is a bit slow, but there also is a certain oddness that makes it watchable.As I watched the film, I sure wondered about the mental states of these people and their lives. They clearly have issues and you wonder about the long-term effects on these guy's families--as well as so much stress that at several of these guys clearly are NOT enjoying this process. It's not really a hobby...it's an all-consuming obsession. And, as such, would be an interesting film to show a psychology class. However, for the average viewer this might just be a case of too much. Because the film is so long, it does drag a bit and might put off some due to this. Still, it's worth a look.

Until I saw THE American SCREAM, I had no idea what I wanted to do with the remainder of my Life. Now, I know. No, I don't want to spend whatever time I've got left building haunted houses (as do the stalwarts herein): what I'd like most to do is find a place like Fairhaven and settle down there- near people of a like mind, with the right disposition(s). Halloween has always been far and away my favorite holiday; nothing else even comes close (although there's a lot to be said for Thanksgiving...). To live in a town where Halloween is celebrated every day would be a dream come true, the only way to go; the Most, Daddy-o- with drive-ins and all-night horrorthons every weekend and conventions and weekly get-togethers and... Well, one can DREAM, can't one...?