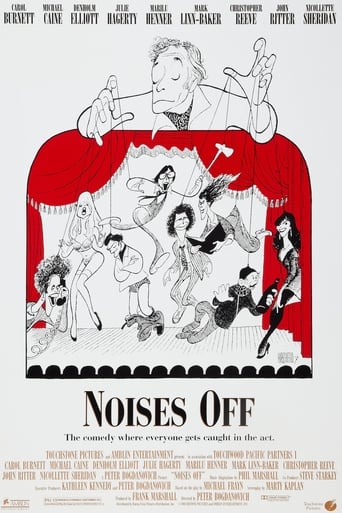 Hired to helm an Americanized take on a British play, director Lloyd Fellowes does his best to control an eccentric group of stage actors. With a star actress quickly passing her prime, a male lead with no confidence, and a bit actor that's rarely sober, chaos ensues in the lead up to a Broadway premiere.

A travelling theater group find so much action going on behind-the-scenes| they almost ruin the performances.