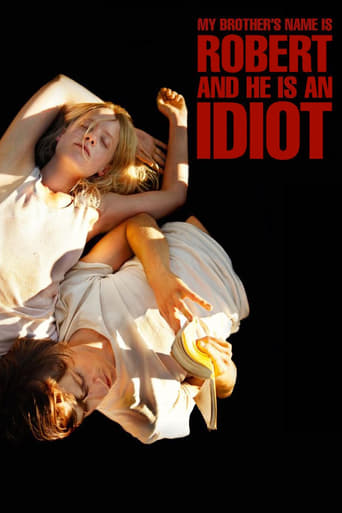 For teenage twins Robert and Elena, a weekend can seem endless yet still fly by. Time almost stands still while discussing philosophy, lying in a blissful cornfield near a remote gas station. They are in their own little world, a twin world of twin games and twin love. A confined world where emotions rise, where pressure mounts into rage… The turmoil of adolescence.

Summertime. In the midst of undulating cornfields next to a country petrol station, 20ish Robert is helping his twin sister Elena prepare for her final school philosophy exam. They live in a world of their own. Sometimes they are tender to each other, other times quite violent. He likes to drink beer and talk about Brentano and Heidegger: 'The sense of being is time.' Certain rituals, games, and a love of betting connect them. She is jealous of her best friend, Cecilia and wants to know if he has slept with her but he's not telling. She challenges him to a bet: 'I'll sleep with someone - anyone - before I graduate.' If she loses, he will pick up the keys to the Volkswagen, the first car that the missing parents gave the children. If she wins, he has to ask her for something. It doesn't matter what, but it can't be an object. And so they have 48 hours left in order to get their heads around philosophy and win a bet. While she is trying on strangers, Robert hesitates between the roles ...