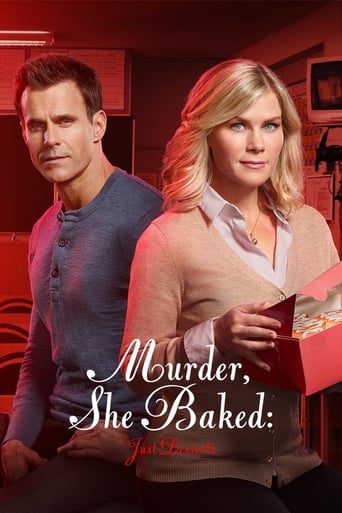 Hannah Swensen is thrilled when she is chosen as a guest for the first Eden Lake Dessert Bake-Off, but when fellow judge, Coach Bishop is found murdered, Hannah once again takes it upon herself to find the killer.

Another homicide has taken place in the small town of Eden Lake, Minnesota, but unlike the recent homicides, the dead bodies in those cases which were all discovered by Hannah Swensen, the owner/operator of the Cookie Jar Bakery and Café, this dead body is discovered by dentist Norman Rhodes outside Eden Lake High School. The victim is Len Bishop, the coach of the school's basketball team, on which Norman volunteers as an assistant coach. He discovers the body shortly after a live airing of the semi-finals of the Eden Lake Bake-Off, conceived, sponsored and hosted by Hannah and filmed at the school by another sponsor, the local television station, WNKW. Len was a last minute replacement as the third judge for the semi-finals in the baking contest. Detective Mike Kingston with the Sheriff's Department leads the investigation as he has with all the other recent homicides. Mike, who Hannah has chosen to date exclusively over Norman, keeps Hannah in the loop as much as he can, knowing now that she is both an asset, and will investigate on her own anyway if he doesn't include her. The leading suspects include: Michele Bishop, Len's wife, as there are known problems in the marriage as Michele suspected him of infidelity; Josh Reynolds, a second string player on the team who was seen destroying property at the school just prior to the murder and who never had the financial means to move to the next level such as the team's star player, Carl Kimball, the son of WNKW station manager Mason Kimball; and any of the three finalists of the baking contest, as some mishap has befallen most of the judges, including Hannah. As the investigation progresses, a few incidents occur that threaten Mike and Hannah's relationship, with Norman, who has outwardly moved on by dating other women, quietly or not so quietly waiting in the wings. 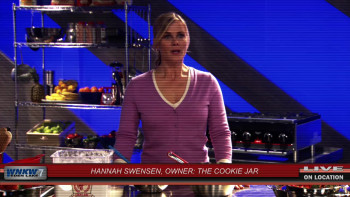 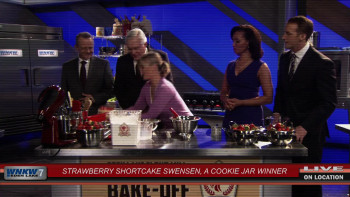 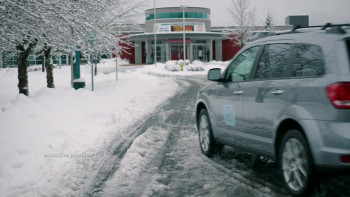 Liked it, made me happy because it ended the way I like to see series endWish I could get it on Amizon. Watch the other 4 movies everyday. (Thats really hooked) LOl But wish I could get "just Desserts" movie. Wouldn't mind more movies in this series. Love those actors.

I absolutely loved this latest installment of the 'Murder, She Baked' mystery movies series! Alison Sweeney has come a long way from her younger years as the bratty teen you loved to hate, Sammy Brady, on Days; and has gotten more beautiful with age. Her co-star, Cameron Mathison is yummier than ever, so I was so happy to see the two of them end up together.I knew the movie was going to be good when it started with Hannah and Mike on a date and talking about how they each needed to take a vacation. It seemed like they were hinting at taking a vacation together. So sweet! (I've been rooting for those two to get together since the series started, and there was the whole Mike, Hannah, and Norman triangle.) I'm glad to see Hannah and Norman remained close friends, and Norman is still able to tag along and help Hannah out on some her own investigating. They are fun as pals, but I always thought that Mike was more for Hannah, as she always loved being rescued by him. (Who wouldn't?) It was very apparent, though, right from the start of this movie that Hannah and Mike were meant to be together, especially with Norman accepting defeat and dating other women. The chemistry between Sweeney and Mathison is magical. When Hannah teared up after Mike turned her down for lunch, it broke my heart. And when Mike showed up as Hannah was running late to go into the Bake-off, and told her how he felt, I almost couldn't contain my happiness.I read that Alison Sweeney was injured on a skiing trip just before this movie went into production, and her injury was written in so that she could be on a crutch. This worked out so well and seemed like it was really part of the story line of her being injured as one of the judges in the Bake-off.My only complaint about the movie is casting David Lewis as the "bad guy". This is type casting, and I knew it was him right away. He's played the bad guy in several movies, including other Hallmark mysteries. But like the other Hannah Swenson mysteries, his character and motive was complicated, and he wasn't all bad.The ending was the best and I certainly hope they continue to make more Murder, She Baked mysteries with Hannah and Mike. They are so sweet together.

My favorite so far. Love that Hannah and Mike are together and will move forward in hopefully many more installments. While I enjoyed the triangle with Norman, I always felt Hannah's heart was with Mike. I am glad the triangle is resolved as it was unrealistic for it to continue --- especially in such a small town. I love the casting and always look forward to this series. Great job!

Downloading Seeding Murder She Baked Murder She Baked Just Desserts (2017) [720p] [WEBRip] [YTS.MX] from to 0 peers.
of
↘0 b/s / ↗0 b/s
Read our blog post about Streaming Torrents From Your Browser