Movieskeyboard_arrow_rightx264/1080
Warning! Use a VPN When Downloading Torrents!
Your IP Address is . Location
Your Internet Provider can see when you download torrents! Hide your IP Address with a VPN
⚠ibit warns: You must use Trust.Zone VPN to hide your torrenting. It's FREE HIDE ME NOW 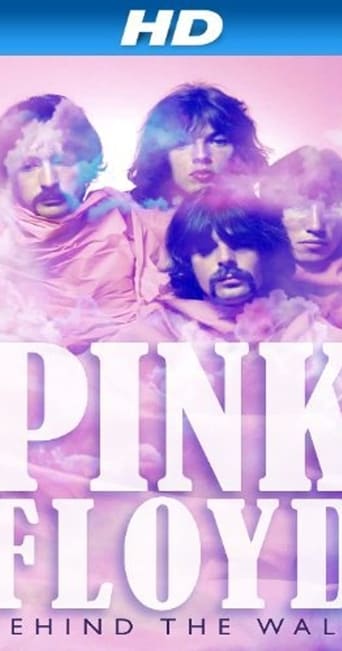 This documentary looks at the conception, design and live shows of The Wall performed by Pink Floyd in 1980 and 1981. It features in-depth 1980s era interviews with Roger Waters, David Gilmour, Richard Wright and Nick Mason and shows footage of The Wall performed at Earl's Court in 1980. It also features archival footage of the Syd Barrett era Pink Floyd and discusses how David Gilmour was brought into the band to initially augment their live shows when Syd became unreliable due to his drug problem and how Gilmour ultimately replaced him.

Selling over 200 million records worldwide| Pink Floyd has produced some of the most celebrated music in Rock history. Roger Waters| Syd Barrett| David Gilmour|Richard Wright and Nick Mason were at the frontier of the progressive rock movement; wielding a unique and revolutionary sound that pushed the boundaries ofmusical expression| mixing the newest techniques and technology with classic guitar riffs| powerful solos and haunting vocals. Pink Floyd s music wasinimitable| psychedelic and utterly astounding. Throughout a career spanning nearly four decades| Pink Floyd have produced innumerable masterpieces| enjoyedtremendous success| suffered great tragedy and endured a bitter and public division which became legendary in its self. This is a tale of the rise of one of thegreatest rock bands in the world. The programme includes very personal contemporary interviews with the band which is dispersed between rare footage clips ofthem on stage and on video. This is the definitive ... ***Focuses on the early years and skims over the rest*** This quality documentary from 2011 is only 80 minutes long with 50 minutes spent on the band’s beginnings in the 60s and the Syd Barrett years, plus the immediate aftermath, which covers their first two albums when they sounded like a cross between The Doors and latter-day Beatles. Speaking of whom, the film shows how The Beatles were recording SGT. PEPPER’S at the same studio when the Floyd boys were recording THE PIPER AT THE GATES OF DAWN (1967) and how the Fab Four were influenced by Floyd’s creative and boundless psychedelia. This leaves 30 minutes for the rest of their career, including the most important period revolving around DARK SIDE OF THE MOON (1973), WISH YOU WERE HERE (1975), ANIMALS (1977) and THE WALL (1979), with ANIMALS being inexplicably omitted altogether! Still, what's here is very good with lots of footage from the era in question and interviews with the surviving band members & Co.

Downloading Seeding Momentary.Lapses.The.True.Story.of.Pink.Floyd.2010.1080p.BluRay.H264.AAC-RARBG from to 0 peers.
of
↘0 b/s / ↗0 b/s
Read our blog post about Streaming Torrents From Your Browser