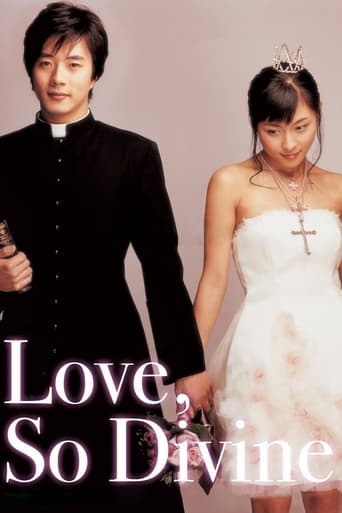 After getting into trouble at their seminary, seminarians Gyu-shik and Seon-dal are sent into the country for a month of service under the elderly Father Nam. Upon their arrival, Gyu-shik meets Father Nam's niece, Bong-hie, who has flown across from the United States to see her boyfriend. However, when her boyfriend ends their relationship, Bong-hie finds herself stranded at her uncle's church with nowhere else to go. At first she and Gyu-shik struggle to get along, but eventually they become attracted to one another, and Gyu-shik is forced to question his commitment to the priesthood.

Kyu-sik is a seminary student, who one day falls during a church service, dropping a precious, pope-blessed relic. As punishment, he and his comic relief friend Seon-dal are sent away to a small church in rural Korea to work in a sort of 'priest limbo' until they get their act together. Upon his arrival, Kyu-sik ends up in an awkward position with a groggy Bong-hee, a pretty girl who just flew in from America to visit her uncle-the priest of the rural church. However, Bong-hee's true reason for coming is to see her beloved boyfriend, but things don't go terribly smoothly and she is stuck in the church without a way home. Of course, all while she and Kyu-sik are slowly testing each other's nerves. Hate soon amounts to affection and the film gradually moves from playfully mean situations to the cute fuzzy ones banking on Kwon Sang-woo's and Ha Ji-won's endearing chemistry. 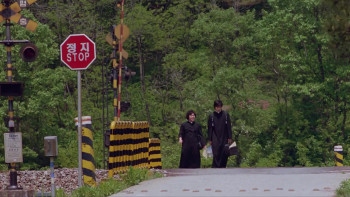 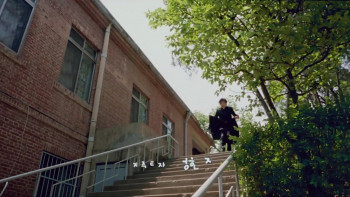 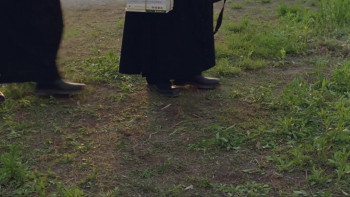 SPOILERS!Love So Devine is Korean film from back in 2004. Korean cinema was on a roll with a number of stellar romances and rom-coms around that time. Unfortunately, this isn't one of them.There's nothing drastically horrible about this film, but there's not much that stands out either. It's rather ordinary and occasionally dull, and it seems to be a little underwritten and haphazardly thrown together.Your story has a young man soon entering priesthood who has second thoughts after meeting the spunky niece of the priest of the small town church he's sent to. It's a pretty straight forward opposites attract romance. The two seem a poor match for each other, which is the entire point I guess, but it results in few sparks between them and they really don't make for an endearing or believable couple. She's too wild for him, and he's too tame for her; you can't help but feel these 2 people just don't belong together, and will never be able to stay together over time.This film seems as if it was more or less just put together to give Ha Ji-won a chance to prance around some while looking pretty. While she can certainly do that well, there's not much going on otherwise that's worthwhile. The story is pretty sluggish throughout, and rarely does it strike a chord of being cute or charming or romantic enough to really invest in.Our two leads spend more time together as the story progresses, and they start to develop feelings for each along the way. Those feelings soon start to slowly blossom into love, and from there it's just a matter of seeing whether they'll be together or not. There's an inexcusable musical number that breaks out for some reason I can't fathom. I suppose this was included to add some element of whimsy to the whole affair (or maybe the director just has a fondness for movies from India), but it's just out of place overall. Then, when it appears the two leads won't be together, our young priest cries for about 20 minutes (Uggh!) until the story wraps up. That's really about all there is to it.I guess you could watch this film if you're huge Ha Ji-won fan, but that's probably the only reason to check it out. It's not very entertaining otherwise, and there are many better Korean romantic films and rom-coms out there to choose from. Feel free to skip over this one. Bottom Line: 6 out of 10 stars.

I'm a Catholic seminarian myself and I was able to emphasize with the story of "Love so Divine". The acting although not very technically superior, was certainly witty and engaging! Kwon Sang-Woo could have passed for a real seminarian! Ha ji won on the other hand was really, really sassy and carried out her role very well without making it too sweet or too stubborn. They had perfect chemistry right from the start. The ending, although predictably positive as in any romantic comedy, had a very interesting twist. It is good to note the slightest details in the story to fully appreciate the final outcome: locket, shoe, "Deo gratias", rosary, and even the theme song and its lyrics etc. I believe the team did their research well especially as to the life and formation of seminarians as well as the many problems they face. The set, as well as tye costumes, was also well-designed and realistic. Great theme song and dance number (epithalamium) too! I saw the MTV and I liked it as well. I highly recommend this film.

If Kyun-Woo had been a seminary student, and The Girl the niece of a priest, the romantic comedy My Sassy Girl would probably have appeared a lot like Love So Divine, a number of obvious similarities connecting this particular feature to the beloved, aforementioned title. Bong-Hee (Ha Ji-Won), who is originally revealed as a headstrong, yet intoxicated young woman, who seldom thinks before she acts, returns from America, only to be promptly rejected by her paramour. Her father, Nam (Kim In-Mun) the local priest, has no sympathy for her current situation, and despite his adamant disapproval of her decision to stay, Bong-Hee has little choice, opting to do chores around the church in order to pay her way back to the States.While there, she happens upon Gyu-Shik (Kwon Sang-Woo), a seminary student, who is not at the church by choice. After an accident, involving his best friend Seon-Dal (Kim In-Kwon), causes Gyu-Shik to break a priceless Christian artifact, he, alongside his friend, are expelled from their original church in the city, to Father Nam's church in a rural province. Gyu-Shik's dedication to become a priest is unmoved after this turn of events, using his time instead to prove he has what it takes to eventually fulfill his life's endeavors, Bong-Hee, who he perceives to be incredibly sinful, becoming someone he puts a vested interest in, hoping to change her character to efficiently demonstrate he can serve the church.He and Bong-Hee couldn't be more different. Similar to My Sassy Girl, Gyu-Shik at one point has to carry the incapacitated Bong-Hee on his back to a hotel, who repays him over the course of the film through not only hitting him, but subjecting Gyu-Shik to her frequently sassy, recklessly spontaneous attitude. Despite the initial antagonism they hold for one another, a mutual attraction begins to form, this particular avenue developing a daring plot that questions whether a man should devote himself solely to loving God, or to give his heart to a woman, the question of whether or not these two souls can find the common ground to be together having a paramount effect on the story.Bong-Hee and Gyu-Shik are incredibly likable, the chemistry between the characters being truly superb, although both of them play into a wealth of renowned stereotypes. Even Seon-Dal, despite been immature and irresponsible for most of the feature is entertaining as the comic relief, though he is seldom necessary, for what transpires between the two leads is often humorous in itself, resulting in a number of laughs.The soundtrack adds depth to the already engaging feature, the suspenseful uncertainty that is gradually built up as the film progresses being especially powerful. The characterization is well achieved, as is the development, with significant changes becoming evident in the leads over the feature's duration. Despite the comedic backdrop, Love So Divine offers its audiences a number of beautiful moments that will make those prone to tears (namely me) potentially cry on at least one occasion.Although Love So Divine is not nearly as outstanding as My Sassy Girl, Windstruck or Cyborg She, it is certainly worth a gander for audiences with an avid appreciation for Korean dramatic productions and comedies.