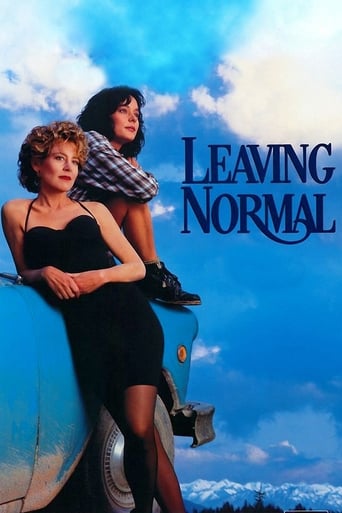 Darly, a waitress with a past that's weighing her down, decides to drive to Alaska to try and come to terms with her unfortunate history. Along the way, she meets Marianne, an impulsive young woman leaving an abusive relationship. The two hit the road together and keep driving north, bonding over the hardships that they have endured and meeting a number of eccentric characters as they get closer to their destination.

For her entire life, twenty-seven year old Marianne Johnson has been on the move, the decisions which she's made as an adult which have been total failures, such as her second most recent marriage to Curtis Johnson, which brought her to Normal, Wyoming. However, she has an optimistic view of life, always believing that each decision she makes will be the right one. She is a linear thinker and despite being bright in this regard, she has no life or job skills, never having had a paying job besides a short stint in the army where she met Curtis. Conversely, thirty-eight year old Darly Peters wears her failures openly on her sleeve, she bulldozing her way through life. Currently a cocktail waitress in Normal, waitressing which dominates her resumé, Darly receives news that her ex-husband, who she left eighteen years ago, has died and has deeded the house which they were building at the time in remote Palmer Valley, Alaska to her. She believes this house will be the first time in her life she will feel settled. Seeing in Marianne a stranger in need, Darly offers Marianne a ride to Portland, where she will be staying with her judgmental sister and brother-in-law. As that move to Portland also proves to be another disaster in Marianne's life, she decides to accept Darly's invitation to go to Alaska with her. Along the way, they get into one adventure after another, meeting people who may affect their view of life. What will also affect their lives is Darly's Alaska past which leads to life in Alaska not quite what they were expecting. 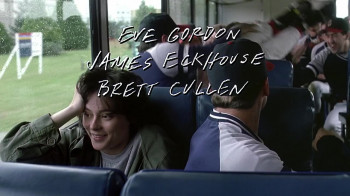 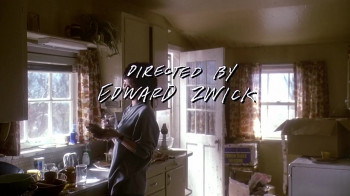 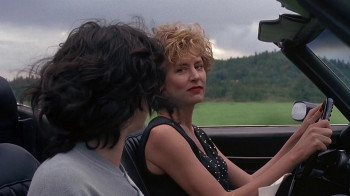 I only saw 'Leaving Normal' because it was on Sky TV one night and there was nothing else on, so, I decided to watch it. I wasn't expecting much of it, as most things on that last at night are usually things that are too boring to be on earlier. However, I was very surprised by it, I actually enjoyed it. It's a story about the friendship between Darly and Marianne, who met at a bus-stop after Marianne ran away from her abusive husband. Darly is going to Alaska and decided to take Marianne along with her, sort of like a daughter figure. Marianne always likes to look on the bright side of things which leads her into bad situations. Darly is assertive but good-natured, she means well. And because she was so witty it made the film much more enjoyable. The first half of the movie is a road-movie, Which consist of the troubles they face of trying to get to their destination, and when they get there, they want to leave, at least Darly does. It's a light-hearted drama and all ends well. Worth a watch.

The movie had a lovely opening with Meg Tilly confiding to a series of fellow passengers on a Greyhound Bus, that she is sure her life was about to change, even though she was marrying a person she did not know very well. About two minutes later, she is back out on the road, illusions shattered. Her character(Marianne) bumps into Christine Lahti, who is also ready for a change, after burning just about everybody who has ever be-friended her. So, Marianne-Pollyana and the queen of bitterness take off for Alaska. Some of the surprises include a poet-trucker, and Christine's dancing abilities.

I really liked this movie. When I saw the cover in a local video rental, I thought it would be a cheezy Thelma & Louise knock-off. I was wrong. I was impressed by the performances of Lahti and Tilly. While a bit odd and quirky, the characters were also real. Both women annoyed me at times but I could also feel sympathy for them. Some parts of the movie were kind of dreamy and surreal, which gave the film more character. The wilderness backdrops were breathtaking. I laughed my butt off on several occasions.In all, this was a really cool movie. It's not for all tastes but I think it's worth viewing.