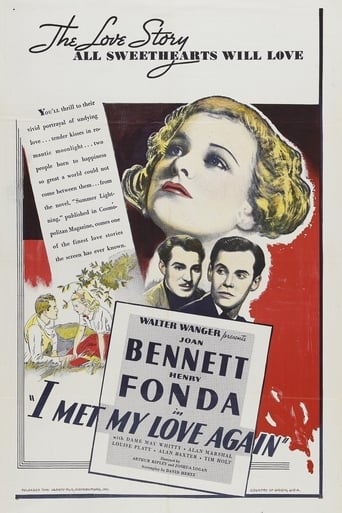 In Vermont, college student Ives Towner refuses to marry his longtime girlfriend, Julie Weir, until he has a career. Soon after, Julie meets and grows infatuated with handsome writer Michael Shaw, and they marry and move to Paris. Years later, after Michael's accidental death, Julie and her daughter move back to Vermont to live with her aunt and Julie finds Ives, now a professor, disinterested in resuming their romantic relationship.

College sweethearts Julie and Ives have planned to marry. Their plans go amiss when Julie meets a weak writer and runs off to marry him. After her husband dies|she's left in Paris| penniless and with a daughter to support. She decides to return to her home town with the intent to renew her romance with Ives. His familyand a scheming co-ed vow to avert a reunion of the two...