Bookskeyboard_arrow_rightEbooks
Warning! Use a VPN When Downloading Torrents!
Your IP Address is . Location
Your Internet Provider can see when you download torrents! Hide your IP Address with a VPN
⚠ibit warns: You must use Trust.Zone VPN to hide your torrenting. It's FREE HIDE ME NOW 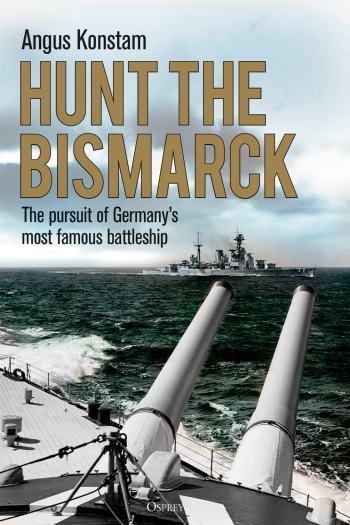 **Hunt the Bismarck: The Pursuit of Germany's Most Famous Battleship

Hunt the Bismarck tells the story of Operation Rheinubung, the Atlantic sortie of the Nazi Germany's largest battleship in May 1941.

Bismarck entered service in the summer of 1940. She was well-armed, with eight 15-inch guns as well as a powerful array of lighter weapons, while her armoured protection earned her the reputation of being unsinkable. This claim was finally put to the test in May 1941, when she sortied into the Atlantic and fought the legendary battle of the Denmark Strait, destroying HMS Hood, the pride of the Royal Navy. Bismarck was now loose in the North Atlantic. However, damage sustained in the battle limited her ability to roam at will, while the Royal Navy deployed the Home Fleet to revenge the Hood. The stage was set for the greatest chase story in the history of naval warfare.

Drawing on a wealth of first-hand accounts, and intertwining extensive research into a fast-paced narrative, this is the most readable and accurate account of Bismarck's epic voyage ever produced.

Angus Konstam is a well-established historian, and the author of over 80 books, 60 of which are published by Osprey. These include the Osprey campaign title Bismarck 1941, and several New Vanguard titles covering British warships of World War 2. His other naval books include Jutland: Twelve Hours to Win the War, The Battle of North Cape, Sovereigns of the Sea, Battleship Bismarck and History of Piracy. A former naval officer, maritime archaeologist and museum curator, he is now a full-time author, specialising in maritime and military history. He lives in Edinburgh, UK.

Chapter 5: Through the Baltic

Chapter 10: Hood Has Blown Up

Chapter 11: Breakout into the Atlantic

Chapter 12: Hunting for the Bismarck

Chapter 14: Destroyers in the Night

cover.jpg 1.0 MB
Downloaded from Demonoid - www.dnoid.to.txt 56 B
Hunt the Bismarck - The Pursuit of Germany's Most Famous Battleship (gnv64).epub 58 MB

Downloading Seeding Hunt the Bismarck from to 0 peers.
of
↘0 b/s / ↗0 b/s
Read our blog post about Streaming Torrents From Your Browser