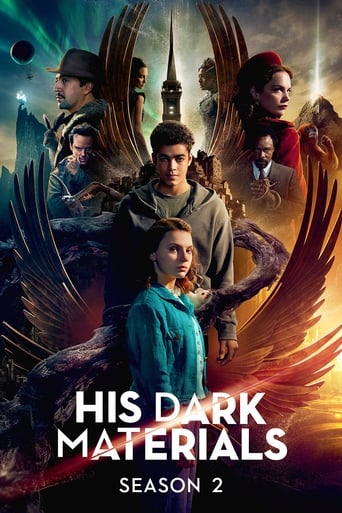 Lyra ignores the alethiometer, with dangerous consequences for her and Will. Lee Scoresby’s search for Grumman brings an unlikely ally, and the witches seek answers. 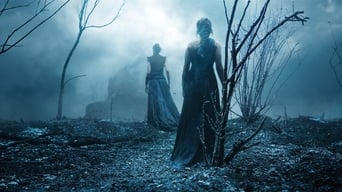 A young girl is destined to liberate her world from the grip of the Magisterium which represses people's ties to magic and their animal spirits known asdaemons. Lyra ignores the alethiometer, with dangerous consequences for

her and Will. Lee Scoresby's search for Grumman brings an

We are looking for:

* This film series has satisfied my eyes. besides cool of course there are many things that I can learn from the series.

If you enjoy reading my Spoiler-Free reviews, please follow my blog @ https://www.msbreviews.com This review will be from someone who doesn't remember a single thing about The Golden Compass (2007), and who didn't read the books. This series wasn't marketed like Watchmen, which requires previous knowledge from the universe it is set in. Therefore, it should stand on its own... and it does, even if with a few struggles along the way, especially at the beginning. I won't spoil anything that the trailers didn't show, so don't worry. If there's one thing no one will complain about His Dark Materials debut season is its impeccable cast. Dafne Keen is a spot-on choice to interpret Lyra Belacqua. She has the innocence of such a young child, but also the determination and courage that the character needs her to show. She's definitely the one who has the responsibility to move the plot forward. Her journey is filled with obstacles, emotional conflicts, and tons of adventures elevated by the beautiful visual effects, which improve as the season approaches its ending. I loved her in Logan (2017), I love her here as well. James McAvoy is one of my favorite actors working today, and if the world was fair, he would have a couple of Oscar nominations already. He doesn't have that much screentime as Lord Asriel (marketing move from HBO, using an acclaimed actor to bring in audiences), but he is essential in the first episode, where a lot of exposition has to be given to the viewers. What could have been an overwhelming pilot episode concerning the amount of information to be transmitted, it turns out to be a pretty good introduction to some concepts and rules of this show. However, don't be fooled by my previous words: Lord Asriel is a crucial character this season, and he will continue to be one. The rest of the cast is terrific. Shout-out to Lin-Manuel Miranda (Lee Scoresby), who cracks a few well-earned (and necessary) jokes to lighten the sometimes too dramatic tone. Great voice work from everyone involved with the daemons. However, Ruth Wilson steals the spotlight from everyone, including McAvoy and Dafne, as Marisa Coulter. If she receives a nomination for her fantastic performance, I won't be surprised. Her eyes express so much, and her movements resemble the ones of her daemon in jaw-dropping fashion. Little details that some people might not even care about, but Ruth really commits 200% to her role. Obviously, this being an HBO series, the production level is very high. Surprisingly, the visual effects don't start that well. The first episodes are packed with noticeable green-screen, mainly in wide shots of some locations. However, from the fourth episode on, it's like someone else stepped in, and the CGI profoundly improved overall. The daemons are consistently great throughout the whole season, but there's a certain restraint in clearly showing them during those first chapters. Once Lyra gets deep in her journey, the different landscapes and sets look stunning, accompanied by excellent cinematography. Finally, the bears are, as expected, visually incredible. Lorne Balfe delivers a wonderful main theme, sure, but his score enriches the show in a way that I can't stop listening to it. It's mostly subtle, but when it needs to bring those emotional chills, it definitely carries the necessary epic chords and melodies. I've been a fan of his work lately, so congrats to him for yet another hit soundtrack. Unfortunately, I do have some issues with this season. The biggest one is related to a massive subplot that I can't reveal or dive into too much. What I can write is that it feels so separated from the main story that it feels like a totally different series with different characters. I know it's going to reach a point where it does become extremely important, but this season... it didn't even end with a massive plot point, twist or cliffhanger. It's so detached from Lyra's world and her mission that it unbalances the series' pacing. This last aspect is consequently very inconsistent. The season carries a slow pace that I genuinely enjoy when it helps develop its characters further. However, when it switches from the lead narrative to the before-mentioned side story, it's like adding an extra layer of "slow" to the already steady pace. It doesn't help with the entertainment value, and it doesn't efficiently expand the plot. I hope next season these two narratives can start converging in some way, something I expected before the debut season's finale. In addition to this, the visual effects were not really there during the first episodes. It takes until the fourth episode to get into a real adventure, which can make some people give up before that. I don't recommend doing it. It might be a slow start, but once the main story finds its rhythm, there's no stopping it. Each episode gets better than the previous, culminating in a shocking finale packed with some of the best moments of the entire season. All in all, His Dark Materials has the potential to become one of the biggest shows on HBO. If done right, it can really become the leader of the pack. It possesses a truly captivating and engaging story, filled with gorgeous visuals, even if these aren't that perfect during the first chapters. From the fabulous set design to Lorne Balfe's phenomenal score, all directors did a great job with Jack Thorne's writing. However, Thorne's attempt to balance the main narrative with a too distinct side story breaks the series momentum and keeps the pacing inconsistent. Fortunately, the outstanding cast lead by a great Dafne Keen and an even greater Ruth Wilson are able to carry the show to safe harbor. It's good so far, but I would wait until next season to find out if the alethiometer has the solution to this one's problems... Rating: B

**SEASON ONE REVIEW:** S1 of 'His Dark Materials' is enjoyable viewing. First and foremost, the special effects for this show are incredible. The animals and dæmons look insane, especially by television standards. That is the thing that I love most about this. The cinematography is also top notch. Cast-wise it's good. It's easy to see that Dafne Keen (Lyra) has serious talent, she is impressive for the majority here - at a few moments her performance isn't perfect, e.g. when finding out something in episode two, but I wouldn't expect her to be, definitely the best actor on display and she'll only improve. You may think I'm forgetting or ignoring James McAvoy (Asriel). Of course he is 'the' star but he hardly features, he's just barely in three episodes. For when we do see him, he is - obviously - terrific. Away from Keen and McAvoy, you also have Ruth Wilson (Marisa) and Anne-Marie Duff (Ma) involved - I've only recently become aware of those two, from 'Luther' and 'The Salisbury Poisonings' respectively, they are both good here. Elsewhere, James Cosmo (Farder), Lucian Msamati (John) and Lin-Manuel Miranda (Lee) are enjoyable in their roles. Helen McCrory (Stelmaria) is in there too, but I didn't notice her until typing this review to be honest. I did find some of the pacing across the first four episodes rather off, there was a fair amount of times when I felt like it was dragging its heels. Thankfully, the second part of this eight-episode series is much better. The opening theme is superb, also. I look forward to catching season two.

Downloading Seeding His.Dark.Materials.S02E03.720p.HDTV.x264-FoV[rartv] from to 0 peers.
of
↘0 b/s / ↗0 b/s
Read our blog post about Streaming Torrents From Your Browser