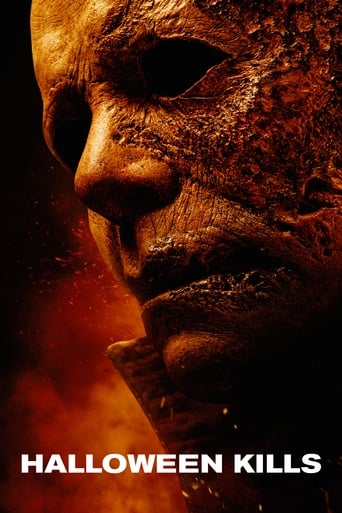 Minutes after Laurie Strode, her daughter Karen and granddaughter Allyson left masked monster Michael Myers caged and burning in Laurie's basement, Laurie is rushed to the hospital with life-threatening injuries, believing she finally killed her lifelong tormentor. But when Michael manages to free himself from Laurie's trap, his ritual bloodbath resumes. As Laurie fights her pain and prepares to defend herself against him, she inspires all of Haddonfield to rise up against their unstoppable monster. The Strode women join a group of other survivors of Michael's first rampage who decide to take matters into their own hands, forming a vigilante mob that sets out to hunt Michael down, once and for all.

Genre: Horror, Thriller
Director: David Gordon Green
Stars: Jamie Lee Curtis, Judy Greer, Andi Matichak, Will Patton, Thomas Mann
Plot: The nightmare isn't over as unstoppable killer Michael Myers escapes from Laurie Strode's trap to continue his ritual bloodbath. Injured and taken to the hospital, Laurie fights through the pain as she inspires the residents of Haddonfield to rise up against Myers. Taking matters into their own hands, the Strode women and other survivors form a vigilante mob to hunt down Michael and end his reign of terror once and for all.

Given I wasn't a big fan of Halloween 2018, the bar on Halloween Kills was rather low and... pretty much met it. While some of the deaths were pretty gruesome, the rest was kind of bland and character decisions as dumb as others. Like the initial sequel, Halloween II, Jamie Lee Curtis spends the bulk of her time in the hospital. There was also a scene early on when Michael fights a bunch of firefighters just came off as silly looking, maybe because I'm so used to seeing him butcher people one by one, the shot, beyond being clumsily choreographed, showed him taking on 5-6 people; just looked strange. I don't know, there's not a whole lot to this sequel and like Halloween '18, not sure I look forward to revisiting. **2.0/5**

Downloading Seeding Halloween.Kills.2021.HDCAM.850MB.c1nem4.x264-SUNSCREEN[TGx] from to 0 peers.
of
↘0 b/s / ↗0 b/s
Read our blog post about Streaming Torrents From Your Browser