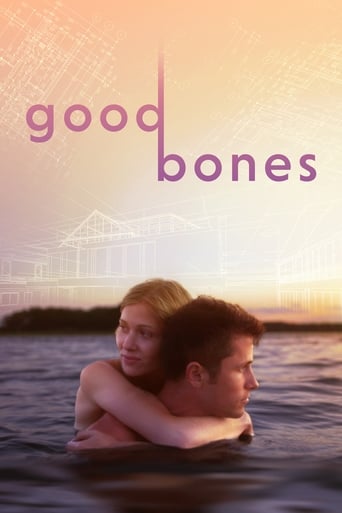 Good Bones is a comedic coming-of-age story set in the cutthroat world of Hamptons Real Estate. Danny O'Brien, 22, dedicates one last summer to his family's failing real estate agency, and to his father Joe's seemingly obsolete values: poetry, integrity, and community. The O'Briens are challenged - endangered - by heartless capitalist modernism, as practiced by the liars and cheaters at Superlative Properties, realtors to the Ultra-Wealthy and Fabulous. Danny complicates the game by falling in love with Clare, a beautiful and suspiciously sophisticated Superlative summer intern. All is framed by the mad swirl of "summer people" who party, sleep around and generally amuse themselves as they indulge in the excesses of "The Season." And key players chase the grand prize: the open auction, on Labor Day, of Tilden Point - the last great parcel of virgin land on the East Coast.

Danny O'Brien falls in love with Clare, the sophisticated girl next door, as he tries to navigate the rich and fabulous world of East Hampton power players. Downloading Seeding Good.Bones.2016.WEBRip.x264-ION10 from to 0 peers.
of
↘0 b/s / ↗0 b/s
Read our blog post about Streaming Torrents From Your Browser