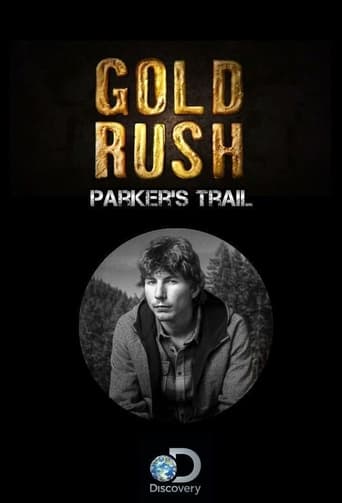 Between 1896 and 1899, more than 100,000 brave souls set out on a perilous journey into the frozen North on the legendary Klondike Gold Rush trail. Most never made it to the end. Killed or scared off by bears, treacherous terrain, raging torrents and temperatures below -40 degrees, only one in three completed the journey. Now Parker Schnabel of Discovery GOLD RUSH fame, will attempt to make this same journey and document it in Gold Rush: Parker’s Trail

SERIES INFO
Genre: Documentary Reality
Stars: Parker Schnabel, Rick Ness, Sam Brown, Karla Ann Charlton , Tyler Mahoney , James Levelle, Dan Etheridge, Fred Lewis
Series Plot: Despite striking it rich mining in his home state of Alaska, "Gold Rush" star Parker Schnabel isn't satisfied. He's always wondered if he could follow in the footsteps of his forebears and take on the legendary Klondike Gold Rush trail. Wonder no more. In honor of his family -- especially his beloved grandfather, who always inspired him to push beyond his limits -- Parker attempts to mimic a journey that killed thousands of brave souls in the late 19th century. As winter closes in, he begins the trek across the Coastal Range and works his way to the fabled goldfields of the Klondike. He's joined by his foreman, Rick Ness- wilderness guide Karla Ann, who once worked with Parker as a rock truck driver- and cameramen James Levelle, who has known Parker for years.

Downloading Seeding Gold.Rush.S11E00.Confessions.of.a.Record-Breaking.Season.720p.WEBRip.x264-KOMPOST[TGx] from to 0 peers.
of
↘0 b/s / ↗0 b/s
Read our blog post about Streaming Torrents From Your Browser