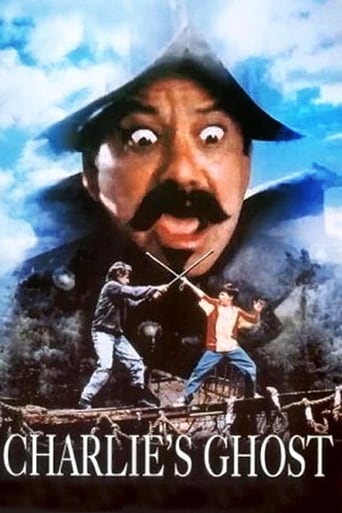 Actor Anthony Edwards made his directorial debut with this comic fantasy based on a story by Mark Twain. Trenton Knight plays Charlie, a young boy whose archeologist father (Anthony Edwards) has made several discoveries while exploring a cave in Colorado. However, Charlie makes a discovery of his own -- the spirit of a long-dead explorer has come back to haunt him until his remains can be recovered and finally burried in a proper place. However, Charlie can't manage this on his own, and his father is too busy with his own work to pay much attention to him. Linda Fiorentino also appears in a supporting role. Also shown under the title Charlie's Ghost: The Story Of Coronado.

An archeologist finds remains of a famous explorer and moves them to a museum. This causes the spirit of the explorer to become restless. He wants his bones properly buried and returns as ghost to seek help from the archeologist's son. 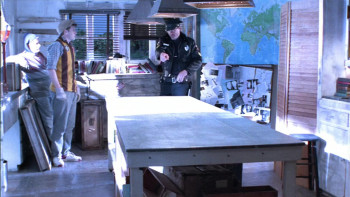 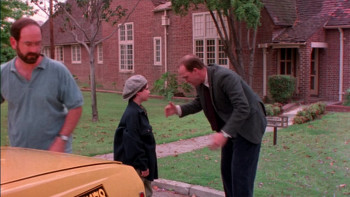 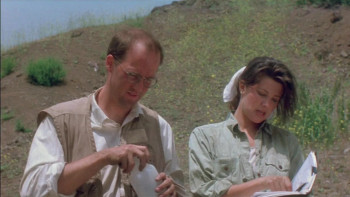 Out of the fruit full mind of noted author Mark Twain comes this comic based story called " Charlie's Ghost Story. " It relates the yarn about a Archaeological father who devotes most of his spare time seeking the skeletal remains of one Spanish explorer Fransisco Coronado (Cheech Marin). In doing so, he woe fully neglects his son Charlie (Trenton Knight). The boy could sure use his father's help as he is daily being picked on by bullies at his new school. To substitute for his father, Charlie discovers a friend in the visiting Ghost of the Spanish Conquistador, Fransisco De Coronado. His one request to the boy, is to have his earthly remains be buried in Hallowed ground. This does not sit well with his father who spends his time digging them up. Aside from the bullies at school, Charly get to meet other new friends, like a cute neighbor girl. The film is one you'd expect to see on the Disney channel, but despite the talents of Cheech Marin, the movie is light on entertainment and the hilarity one would expect in a family movie. Still the film is entertaining for the children, but not much else. Recommended for the youngsters. ****

CHARLIE'S GHOST STORY is an oddball and low budget children's ghost story directed by and starring none other than E.R. actor Anthony Edwards. He plays the father of a young boy suffering the machinations of a bullying gang at his local school. Meanwhile, his father's archaeological work leads him to take some newly-discovered bones to the local museum, raising up a Conquistador spirit in the meantime. Said spirit is played by none other than Cheech Marin on over-the-top form, and he becomes friendly with the bullied kid. Despite the presence of interesting supporting actors (Linda Fiorentino, Daphne Zuniga, J.T. Walsh) this is generally a letdown, feeling very pedestrian and run-of-the-mill.

This is a watchable movie. It is not too sophisticated a plot but it is done well enough. Cheech Marin plays the ghost of Coronado and does a decent job. Anthony Edwards plays a father and scientist who would rather be working than taking care of his son. He realizes his error at the end of the movie and looks like it will be well Linda Fiortino plays Marta their maid. At first with her dark dress and low husky voice I thought she would be a bad gal. She isn't. The bully boy coward with his two backup punks tries to give Charlie a butt beating but the ghost helps him out and Charlie wins out in the end and gets the girl too. Daphne Zuniga appears at the beginning as an assistant on the Coronado dig and then disappears. Oh well.