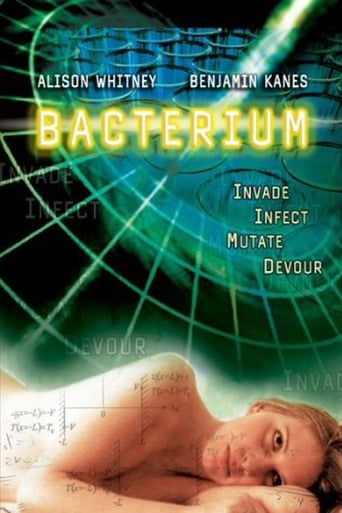 A madman unleashes a biological weapon powerful enough to wipe out life on earth in this apocalyptic horror story. As the flesh-eating bacteria spreads, people drop like flies and a top secret military team is called in to stop the outbreak. But the maniac may just succeed: By the time the experts are called in, the contagion has taken on a life of its own. Alison Whitney, Benjamin Kanes, Miya Sagara and Andrew Kranz star.

When a handful of friends stumble upon the abandoned building| they come face to face with a biological weapons experiment gone catastrophically wrong. Theyalso confront a maniacal scientist who predicts life on Earth will end in 48 hours if the accelerated bacterial mutation cannot be halted. As the virulent|flesh-hungry contagion spreads from person to person| rendering each host into a pile of infectious ooze| it begins to multiply and increase in size. A covertmilitary force sent in to contain the spread and destroy the organism discovers the extent of the slithering mutation| but by then it's far too late forconventional tactics. Extreme measures are required if anyone is left standing in one solid piece to do battle.